Football fans around the world are reacting on Twitter to the news  of Jose Mourinho sacking by Tottenham Hotspur after just 17 months at the club. The Portuguese manager was sacked on Monday morning, April 19, less than a week before Tottenham take on Manchester City in the Carabao Cup final at Wembley.   The 58-year-old had been in charge at Spurs since November 2019, replacing Mauricio Pochettino, signing a deal until the end of the 2023 season. But he was reportedly dismissed after a dismal domestic campaign and failure in the Europa League, with the club on course to miss out on Champions League football this season. A statement from the club read: ‘The Club can today announce that Jose Mourinho and his coaching staff Joao Sacramento, Nuno Santos, Carlos Lalin, and Giovanni Cerra have been relieved of their duties.’ Chairman Daniel Levy said: ‘Jose and his coaching staff have been with us through some of our most challenging times as a Club.  ‘Jose is a true professional who showed enormous resilience during the pandemic. On a personal level I have enjoyed working with him and regret that things have not worked out as we both had envisaged.  ‘He will always be welcome here and we should like to thank him and his coaching staff for their contribution.’ Mourinho leaves Spurs seventh in the table, five points off the Champions League places and is in line for a huge pay-off in the region of £20million after his sacking. The club confirmed in their statement that Mason, the former Tottenham, and Hull City midfielder, will take charge of first-team training today.  RB Leipzig boss Julian Nagelsmann has been identified as the favourite to take over. Football fans on Twitter are expressing their view over Jose Mourinho’s sacking.  While some weren’t pleased with the club’s decision, others said he deserved to be dismissed because of the club’s poor form. 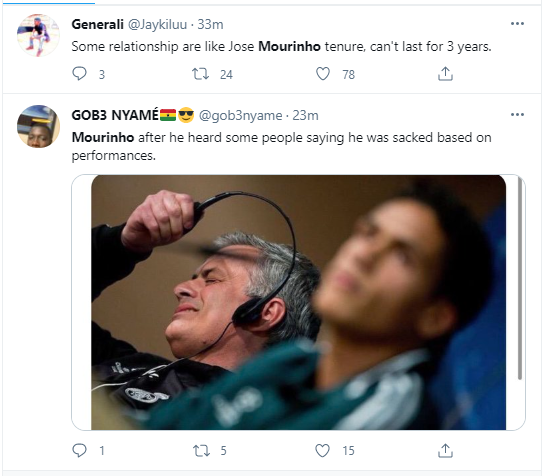 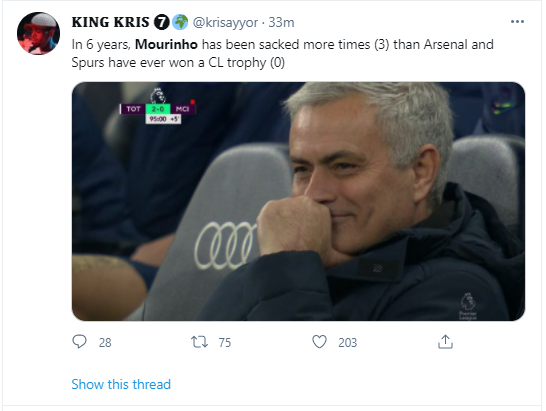 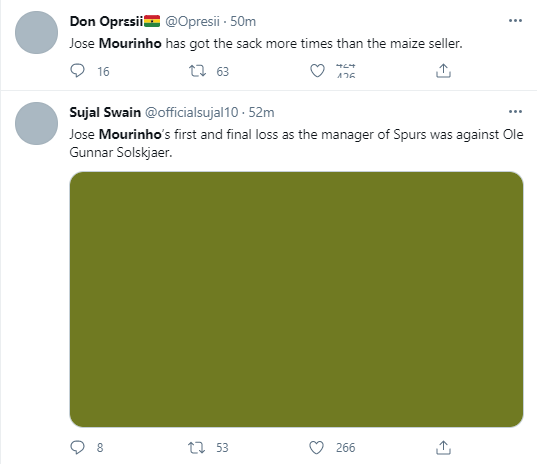 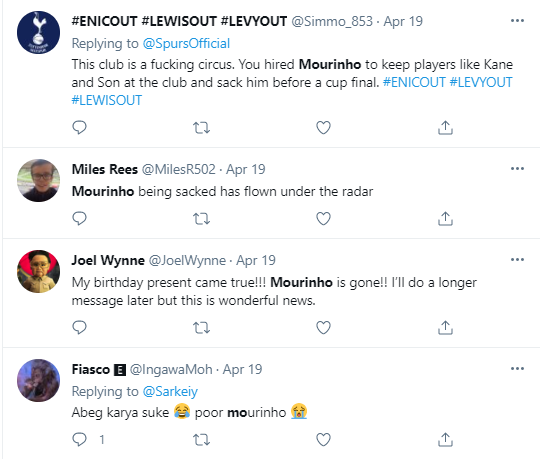 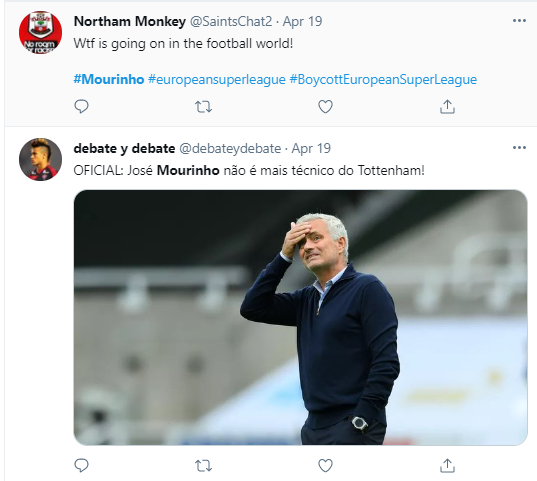 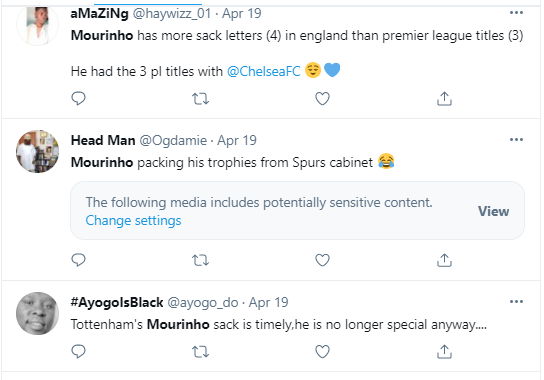 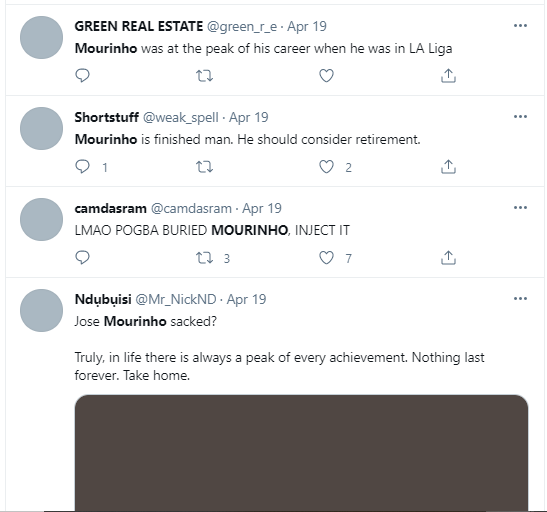 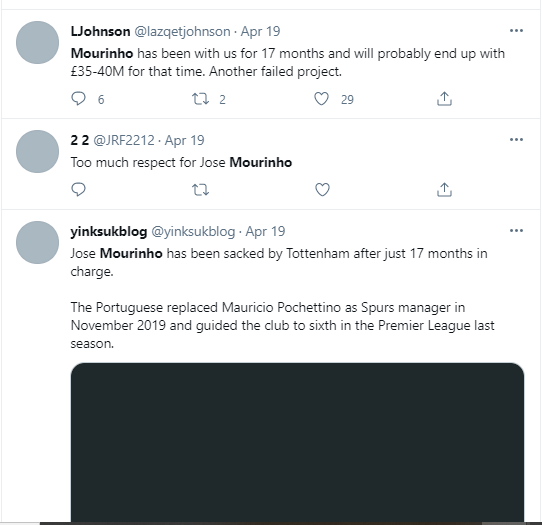 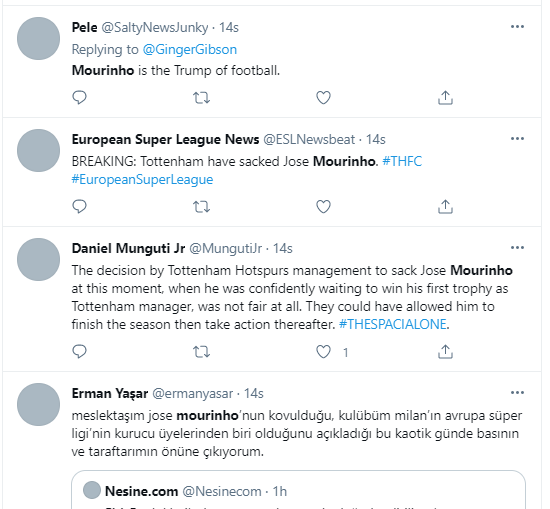 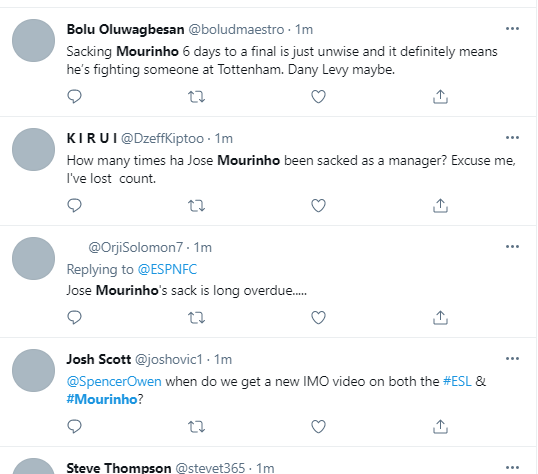 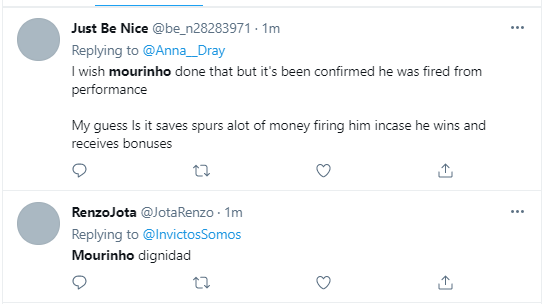 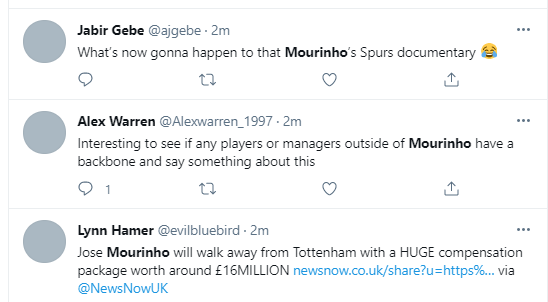 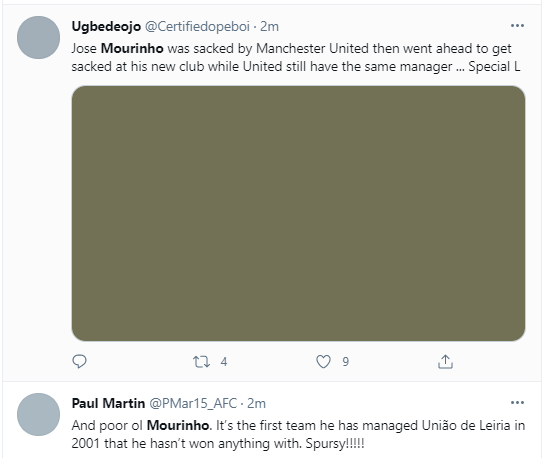 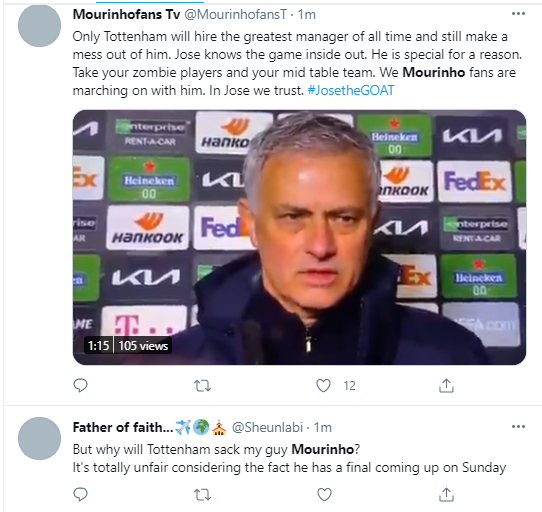