Arsenal captain, Pierre-Emerick Aubameyang has been fined $10000 for sharing a series of social media posts that tarnished the ‘honour and image’ of the Confederation of African Football.  Recall, the Gabonese striker took to social media last month to claim that he and the rest of the Gabon squad were held at Banjul Airport in Gambia for more than six hours overnight after having their passports taken — before being allowed into the country for their Africa Cup of Nations qualifier clash. 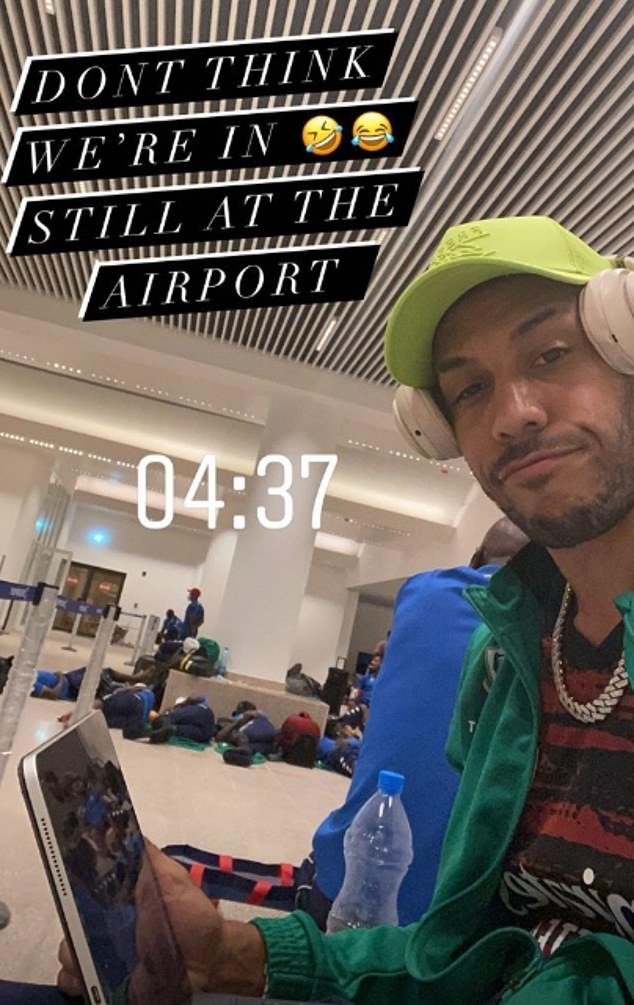 He posted images of his team-mates sleeping on the airport floor and claimed they were made to feel like ‘hostages’ over COVID-19 testing before their clash with Gambia. 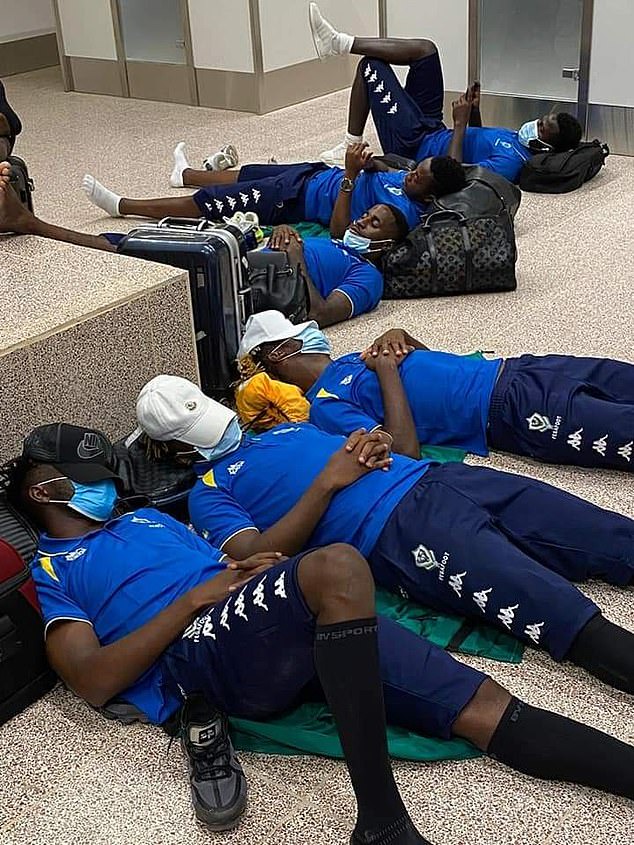 Aubameyang also called for the CAF to take responsibility and use the disruption to better themselves.  He wrote: ‘Nice job CAF, it’s as if we were back in the 1990s.’ 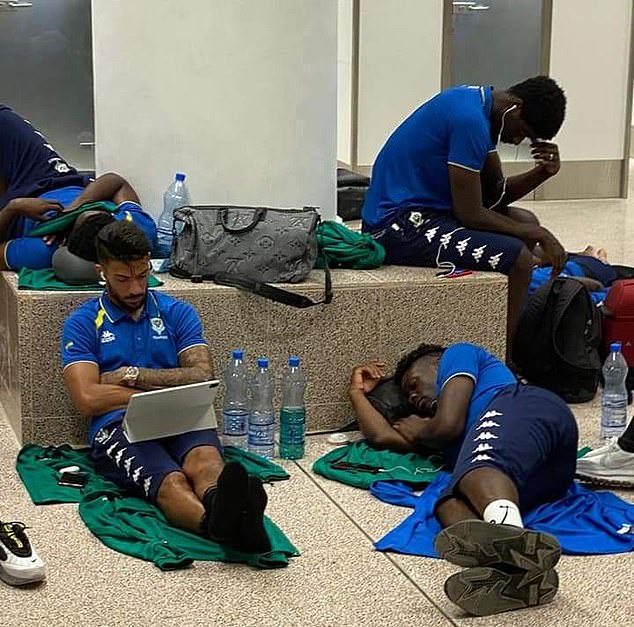 Before adding: ‘It will not demotivate us but people need to know and especially that the @CAF_Online [Confederation of African Football] take these responsibilities,. ‘2020 and we want Africa to grow, that’s not how we’re going to get there!!!’ 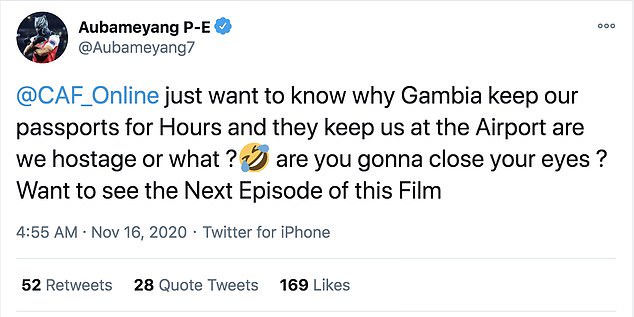 The Confederation of African Football (CAF) stated Aubameyang’s decision to document the event on social media was ‘offensive and degrading’.  “Mr. Pierre Emerick Emiliano Francois Aubameyang has publicly published offensive and degrading material that undermines the honour and image of the Confederation of African Football,” a statement from Caf read. “In terms of the Caf Statutes & Regulations, in terms of Articles 10, 11, 43.1, 46, 82 of the Disciplinary Code, the Caf disciplinary board decided to impose a fine of 10,000 USD for breach of the values of sportsmanship and integrity on the Gabonese Football Federation for the regrettable behaviour of the player.”     The post Arsenal star, Pierre-Emerick Aubameyang fined $10000 by the CAF for ‘undermining’ the image of African football appeared first on Linda Ikeji Blog.